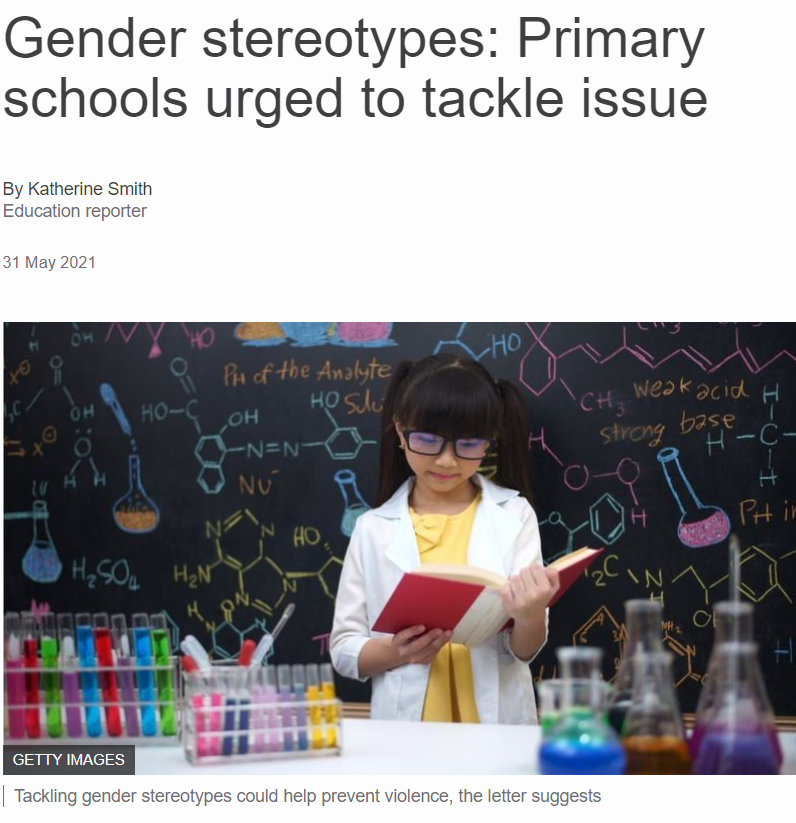 Primary schools are urged to tackle the issue of gender stereotypes says Education reporter, Katherine Smith from the BBC

In a letter to the education secretary in England, various groups are calling on the government to address the language and ideas used in schools. Stereotypes limit children’s aspirations and create inequalities that help fuel gender-based violence, they say.

The government says challenging stereotypes is in its guidance.